NEW SCREENUSED AUCTION OFFERS UP A GREAT SERVING OF STAR TREK PROPS AND COSTUMES. BIG FUN FOR THE KID IN ALL OF US! 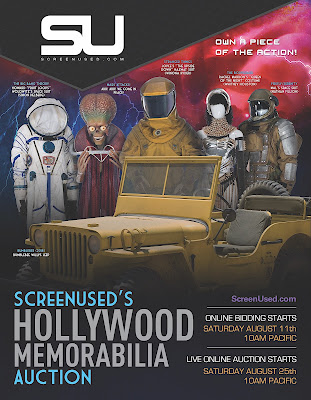 The latest auction from the guys at ScreenUsed is happening this week on Saturday, August 25. As usual, they'll be selling a mix of production pieces from across various film genres but with the usual emphasis on action and science fiction films. Terminator 2?  Check. Aliens?  Got it. Stranger Things? Damn straight.

I asked Desi DosSantos, co-founder of ScreenUsed about his thoughts on their latest offerings. "With this year's annual auction, it looks like props and wardrobe came out of the woodwork from the 1980s and 1990s. Of course we have many items from more recent productions, and even a Bumblebee vehicle from a film that has not hit theaters yet!" he explained.

Thanks, Desi, but what do we care about all that? We don't! We care about one thing and one thing only: Star Trek! There's twenty-five Trek lots this time around so with that in mind, here goes!

In the interest of full disclosure, lot numbers 178, 184 and 185 were consigned by yours truly. 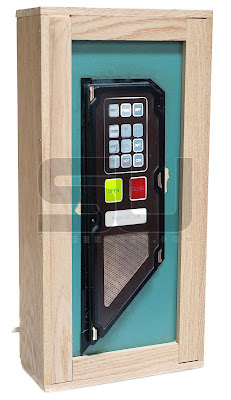 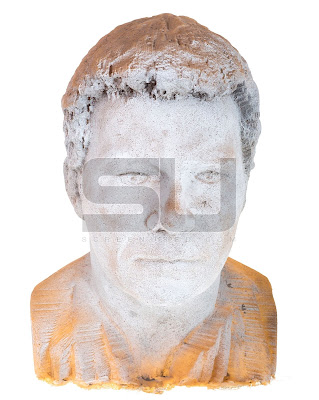 Lot 160 Star Trek IV: The Voyage Home - Captain Kirk's Head Pull
While not a scree-used piece, this was taken from the molds they used to create that weird 3D version of the crew's heads during the time warp sequence. It's Kirk, that's all you need to know! 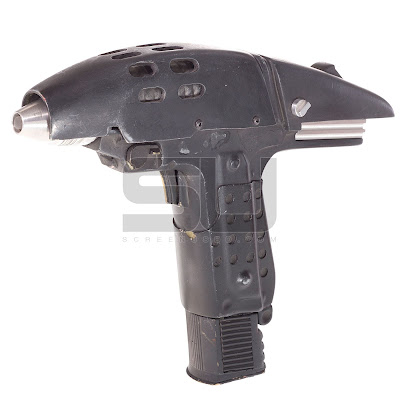 Lot 161 Star Trek V: The Final Frontier - Hero Working Assault Phaser
This is one of the best pieces in the auction, IMO. I own one of these that is not this nice. Most of the time the versions of this phaser that is offered at auction is a solid resin background piece. But not this one – this is a functioning hero version and is as good as it gets. It's stunning! (Get it? Stuning? I'm here all week.) 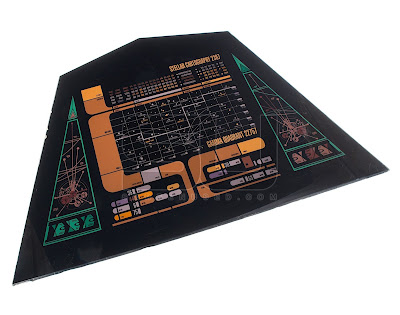 Lot 162 Star Trek: Deep Space Nine - Cardassian Control Panel Display
I'm a sucker for graphics and this piece doesn't disappoint. A 39" x 27" it's huge and would make quite a striking display. 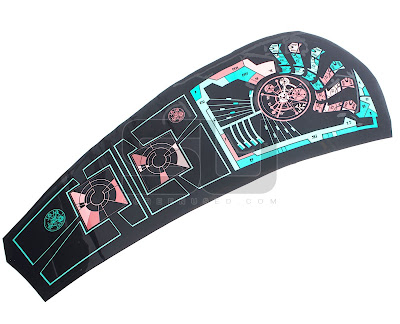 Lot 163 Star Trek: Deep Space Nine - Cardassian Control Panel Display
Another DS9 panel and this one is even bigger. 43.5" long and it's screen-matched. Cool piece. 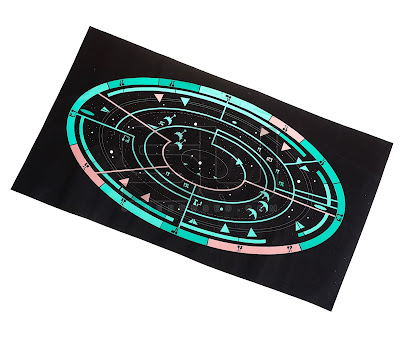 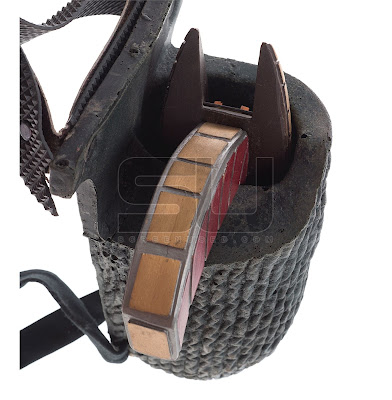 Lot 165 Star Trek: Deep Space Nine - Cardassian Holster
Just what every Cardassian needs – a holster. These are pretty hard to come by. The phaser isn't a production piece, but works nicely as a filler. 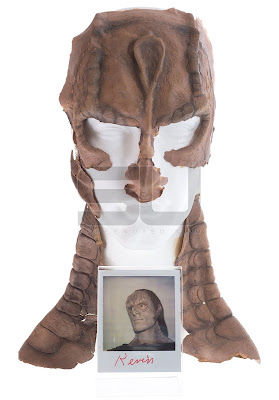 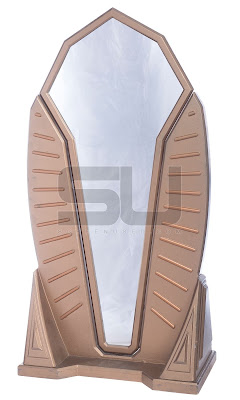 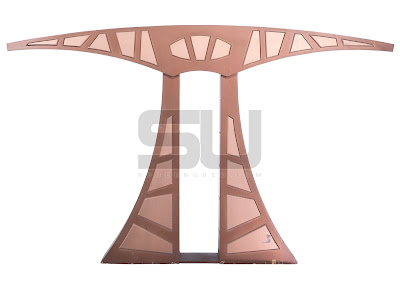 Lot 169 Star Trek: Deep Space Nine - Garak's (Andrew Robinson) Costume
The man, the legend. Garak is a fan-favorite and here's your chance to own a piece of his wardrobe. (Fun fact: remember at the climax of Dirty Harry when Clint Eastwood confronts the murderer and asks him "Do you feel lucky?" He's talking to Andrew Robinson who, some 22 years later, would play a certain Cardassian tailor. You're welcome). 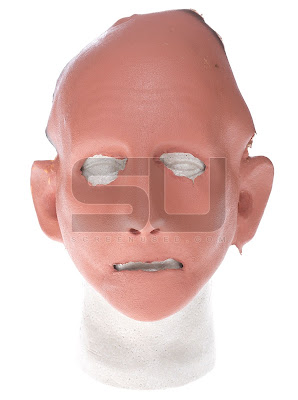 Lot 170 Star Trek: Deep Space Nine - Odo (Rene Auberjonois) Face Appliance
Not gonna lie – this one's a little creepy. But in a cool way, naturally. You can have Odo stare at you any time, day or night. Especially night. 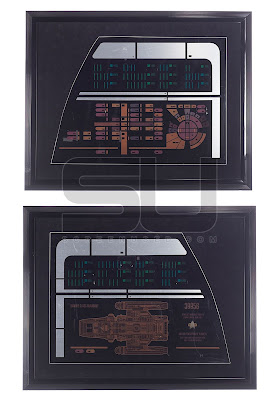 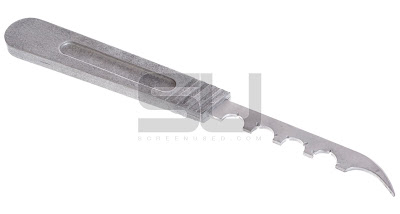 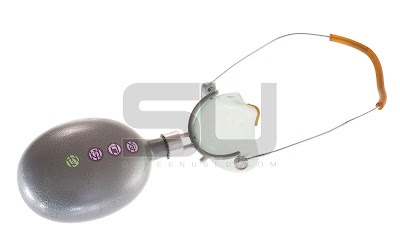 Lot 173 Star Trek: Enterprise - Prop Alien Breather Mask
Made for "Stratagem'. Slap it on your face. 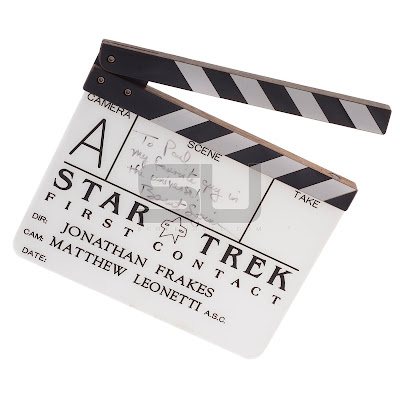 Lot 174 Star Trek: First Contact - Production Used Clapper Board
Clappers are always popular and this one is from the best TNG movie, First Contact. Complete with actor/director Frakes' name! 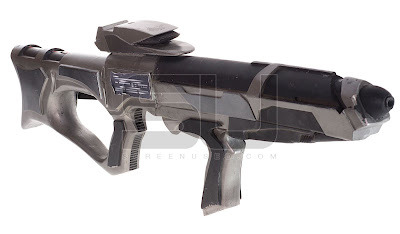 Lot 175 Star Trek: First Contact - Prop EVA Rifle
I've always been a big fan of this style of rifle. Pretend to walk upside-down on the hull of the Enterprise when you win it! 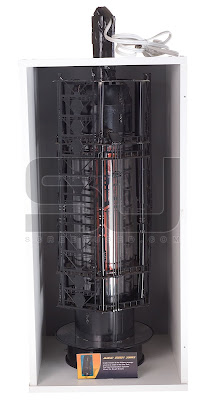 Lot 176 Star Trek: The Next Generation - Aldean Energy Source Miniature
This is a one-of-a-kind piece – a model used in the TNG episode "When the Bough Breaks". It looks amazing on-screen. 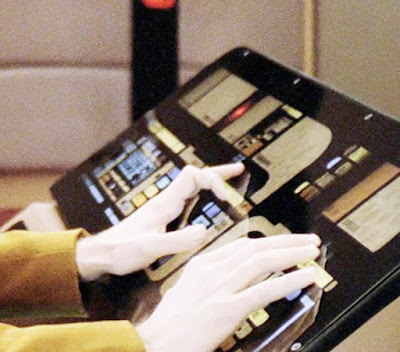 Lot 178 Star Trek: The Next Generation - Data's USS Enterprise-D Bridge Ops Station LCARS Panel
Here's a genuine rarity – an LCARS panel used in Data's Ops station on the bridge. Mounted in a custom-built lightbox, this is ready for display. How often do you get a chance to own a literal piece of the Starship Enterprise that was used by a main character? Almost never. Don't miss out. 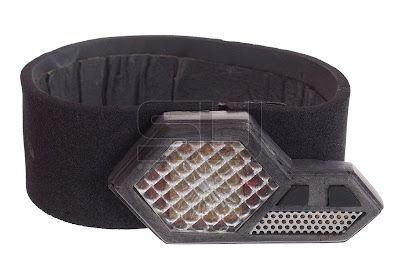 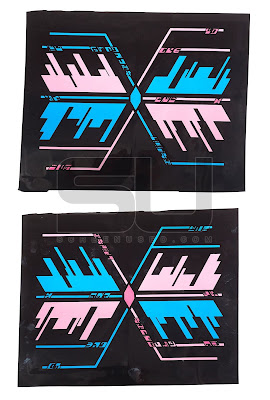 Lot 181 Star Trek: The Next Generation - Isolinear Optical Chips
This is one of those great props that you see in various episodes throughout the run of the show. And in pretty colors, to boot. 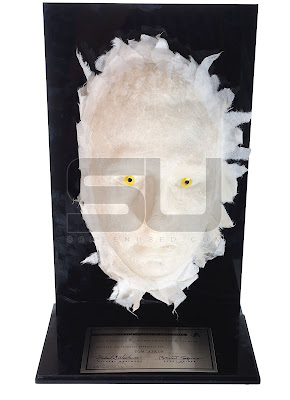 Lot 182 Star Trek: The Next Generation - Lt. Commander Data's Lifemask
From a limited run of masks of everyone's favorite android.

Lot 183 Star Trek: The Next Generation - Romulan Prison Camp Model
A unique item, here's a model used for the Romulan Prison from "Birthright". It looked great in the finished episode. 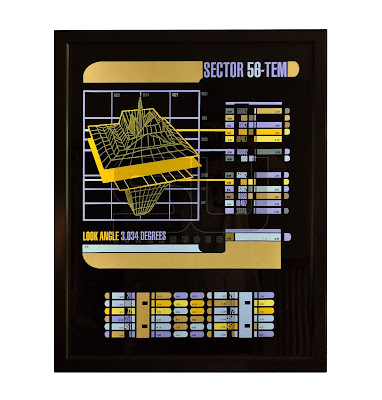 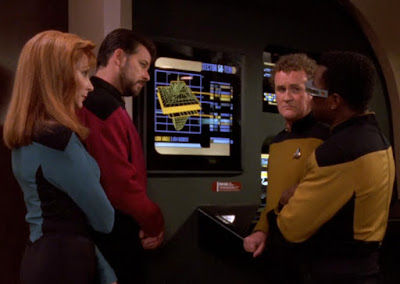 Lot 184 Star Trek: The Next Generation - USS Enterprise-D Engineering LCARS Panel from "Rascals"
Made specifically for the episode, "Rascals", this is actually two LCARS panels – the large top piece and the smaller "keyboard" piece below it – all mounted in a thin lightbox panel, ready for display. This can clearly be seen on-screen. Look amazing in-person. 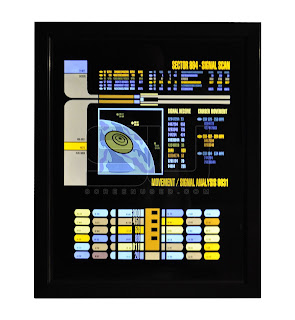 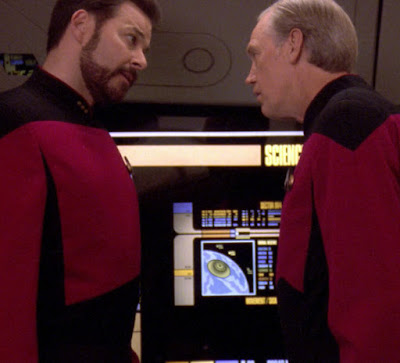 Lot 185 Star Trek: The Next Generation - USS Enterprise-D Science LCARS Panel from "Chain of Command"
Made specifically for the episode, "Chain of Command" and shown on the bridge, this is also two LCARS panels – the large top piece and the smaller "keyboard" piece below it– all mounted in a thin lightbox panel, ready for display. This can clearly be seen on-screen. This will be a beautiful piece on your wall.

So that's it for the ScreenUsed Star Trek offerings. Something for everyone in the mix. Check out all the photos at the ScreenUsed site and get your bids in now!