STAR TREK DISCOVERY'S CAPTAIN HAS A NAME THAT RHYMES WITH ORCA 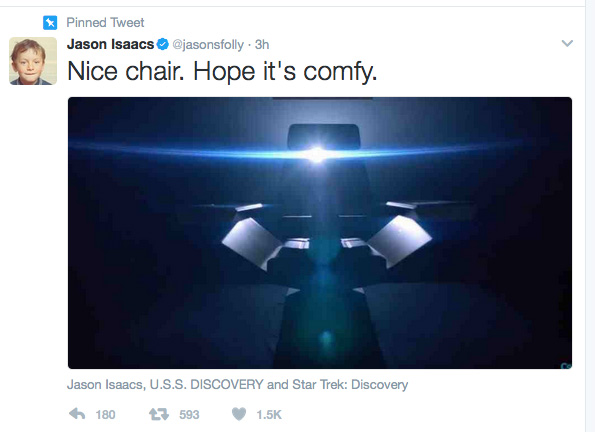 I have to admit that upon hearing his name I had no idea who he was. After checking him out on IMDB I realize that I just barely know who he is having played Lucius Malfoy in the Harry Potter movies. Most of his other roles I'm simply not familiar with. But then, I barely knew who Patrick Stewart was back in the day so I don't read anything into this.


Apparently he's a second-tier British actor who gets lots of work, again, not unlike Sir Patrick was before Trek. I look forward to seeing what he brings to the Star Trek universe!