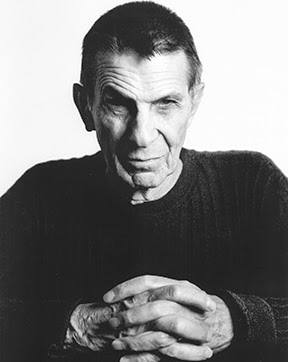 SHIELDS UP! ANOTHER HORRORDOMAIN AUCTION, ANOTHER ROUND OF BULL

There's another auction on-line from HorrorDomain. And the horror is the crap that they are offering. To wit:

Let's be clear, This is NOT and never has been a production-made maroon uniform, not for Star Trek 3 or any other production. What it probably is is a uniform made for "The Star Trek Adventure" at Universal Studios in LA that ran in the 80's/90's. The Star Trek Adventure had various costumes – Maroons, Radiation Suits, etc – for the participants to wear as they re-enacted a scene from Wrath of Khan. The "Paramount" label is probably real since the Paramount costume department apparently furnished the pieces that were used by various park employees and participants. But that does NOT make it production-made in the film sense. The label says AO-3, which probably means it is "uniform #3", as it was definitely NOT made for Star Trek 3!

Below is a real Star Trek 3 Admiral shown with the HorrorDomain offering. The band on the sleeve is particularly bad-looking and the material is obviously not the same. It is identified as a "background admiral's uniform". This despite the fact that background maroon jackets looked EXACTLY LIKE main cast maroons. They didn't dumb them down, especially in such an obvious way. 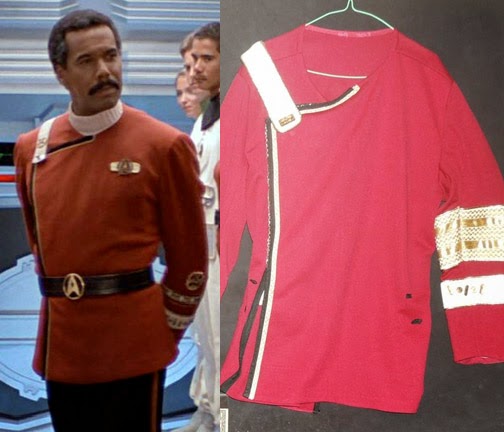 Here's a shot from The Star Trek Adventure that shows their maroon uniforms. Note that they are overall sloppy because they had to be able to be worn by tons of people. And no, DeForest Kelley wasn't actually there! 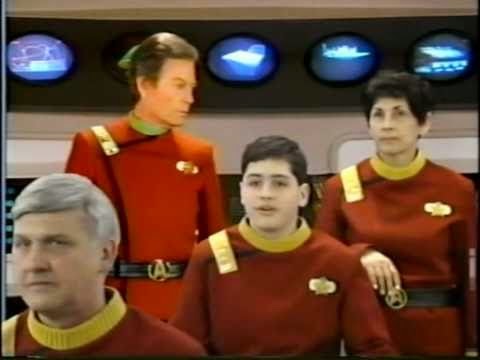 The other silly Trek piece is the "Uhura Wig" signed by Uhura herself, Nichelle Nichols! The likelihood of this being real are so astronomical that I won't even waste time with that. Suffice to say that, other than a Nichelle Nichols autograph on a wig stand, there is ZERO proof offered that this piece was actually used in Star Trek. It definitely could NOT have been used in the pilot episode as Miss Nichols didn't even appear in it! 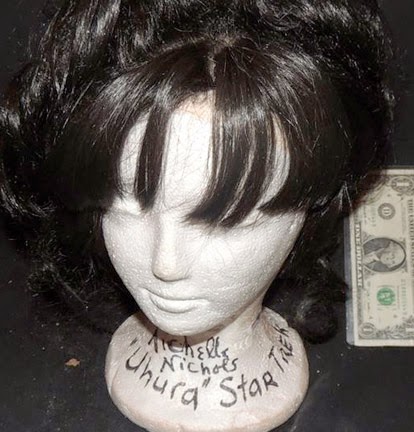 Keep in mind that the autograph could be real but has nothing to do with authenticity of the wig. It could have gone like this: picture someone at a Trek con coming up to Miss Nichols with this item saying, "Hey, Nichelle, look what I have – a wig that looks just like the one you wore! Could you sign the stand for me, please?" And, voila – we have an authentic wig! To be truly authentic, this would have to have impeccable provenance – a chain of ownership that could be proven to go back to the studio. This offers nothing but an autograph.

As for the "Saavik robes" that style was originally made for The Motion Picture and they made a TON of them! There's no label that says "Kirstie Alley" or "Saavik" or anything like that. So, while the style is similar, there's NO PROOF OFFERED of authenticity. Same for the attribution of the TNG teal uniform to Gates McFadden/Dr. Crusher. There were plenty of teal uniforms that were worn by other actors. Just because it's teal doesn't make it hers.

HorrorDomain's past auctions had crap like this going on as well. Don't be fooled.