WHY WE COLLECT – ONE FAN'S TAKE

Twenty years ago, The Next Generation ended. Twenty years ago RIGHT NOW was the first new TV season since 1986 to not show a new season of NextGen. Thankfully, there was Deep Space Nine – then in it's second season – to fill the void. But the days of NextGen were over, and as Picard said in "All Good Things..." "they'll never come again".

Over the last several months I've found myself watching quite a bit of Star Trek, ranging from NextGen and DS9 all the way back to the very first Trek ever filmed, "The Cage". Ostensibly it was about research for props or costumes. But it became something much more in the the process. It became a kind of reawakening in me about my life-long love affair with a TV show from the sixties. As I searched frames of film for the objects of my research, I found myself actually watching the show instead. Captain Pike confronting the Talosians, Picard waxing melancholy, Spock jabbing McCoy's ego with Vulcan precision, and on and on. I found myself transfixed, immersed and lost in the stories. It was as if I had forgotten them, even though every line, every frame was at once familiar to me.

In my matter-of-fact love of Star Trek and Trek collecting, I had apparently forgotten why I loved it, why I collected it with such passion. And I wasn't even aware of it!

I consider myself an aficionado of all things Trek. OK, maybe not Voyager and Enterprise so much, but everything else. But in being busy collecting Star Trek, I had forgotten to enjoy Star Trek. I'd watch scenes to catch sight of a Tricorder or to see what rank someone was wearing. I'd scan movies for Klingon PADDs and TMP shoes without stopping to actually watch the damn story!

But, little by little that changed. When looking for Cage Lasers I found myself watching the whole scene, not just the few seconds my research required. I began to watch more and more actual episodes, not just snippets for information's sake.

We spend a lot of time on this Star Trek stuff. We watched these shows, these movies, these entertainments for hours, days, months on end many years ago (and last week) and we fell in love. We fell for the stories, the characters, the far-out aliens, the aliens that are really us, the starships (oh, the starships!) and the phasers and the tricorders and everything else. We enjoyed the first run, the second run, the umpteenth re-rerun. We loved Edith Keeler and winced (and finally laughed) at Spock's Brain ("what is brain?"). And now, years (no, decades!) later, what did we end up doing?

And not that kind of collecting that we USED to do. No Playmates for us, not any more. After all, what were those action figures and plastic phasers but an attempt to capture a moment from our favorite show(s)? And what captures that feeling more than holding an actual phaser prop, not a toy. Holding a piece that might have been held by Spock himself, or Picard or Scotty or Sisko or, well, the third ensign on the left in "Masks"?

Nothing. Nothing even comes close. And that's why we do it. We try to hold and preserve that feeling we had when we were a teenager seeing TMP for the first time or when we took our kid to the midnight showing of Wrath of Khan fifteen years after it's release, or when we first saw "Encounter at Farpoint" (his name is Data? Seriously?) or the thousand other moments of Trek watching that we've enjoyed for decades. We're trying to capture that lightning in a bottle and put it on display in our homes, our offices, our "collection rooms", our attics. We hold up a piece and connect to something long past and instantly that moment becomes real for us, if only for a moment's moment. Our collections are tangible avatars of our love of Trek, its big ideas, its grand ideas and its dumb ideas, all at once.

We long for those stories that we love so much to live on in our lives. We struggle to recapture that sense of...enterprise...that we remember from long ago. We cannot let it go gentle into that good night. We hold it tight, we preserve it, we talk about it, we obsess about it.

As usual, a Star Trek character has already said it best, this time Kirk in "The Naked Time". 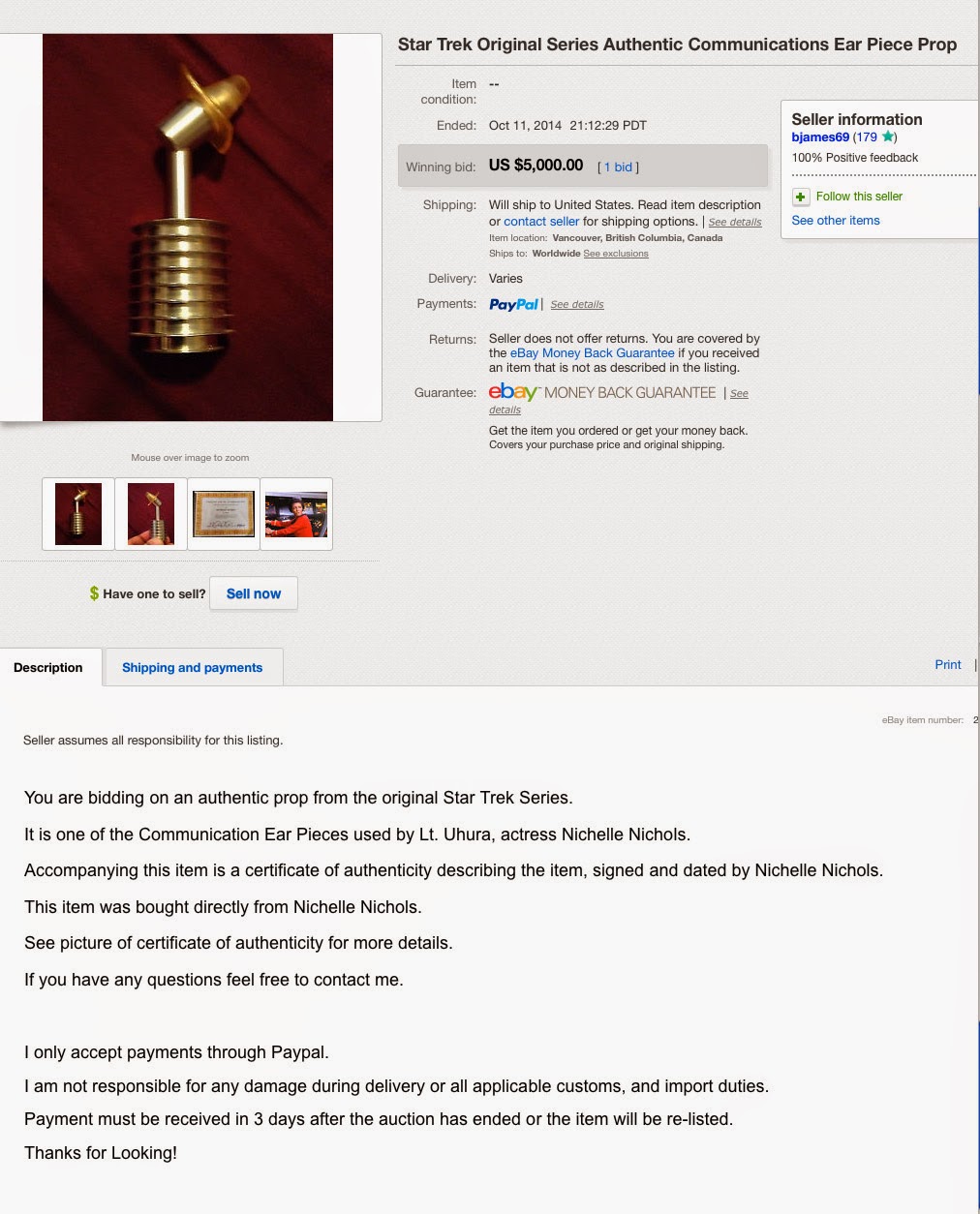 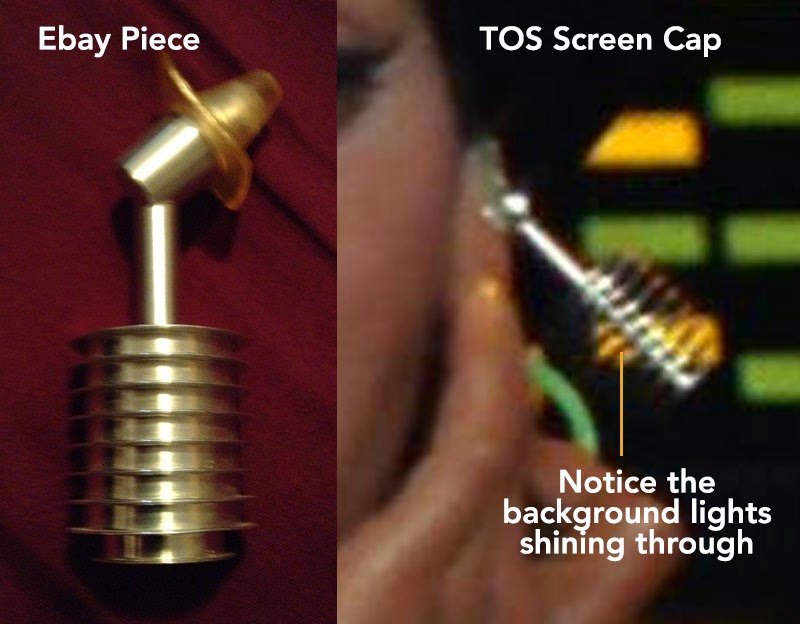 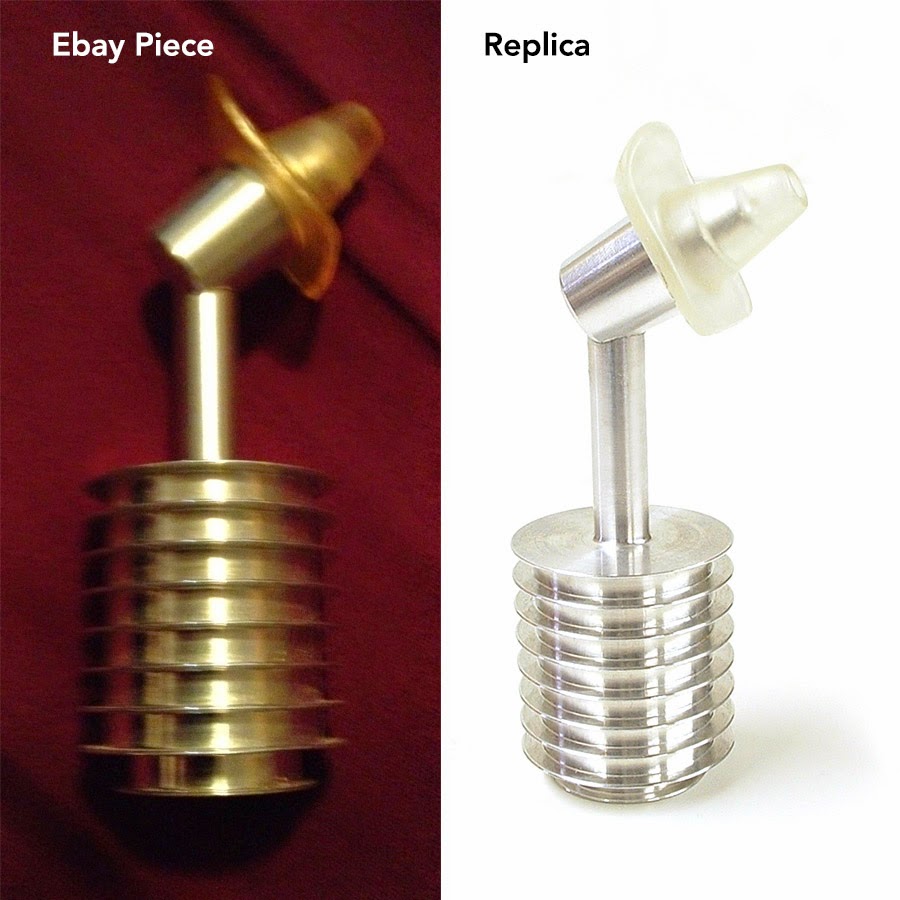 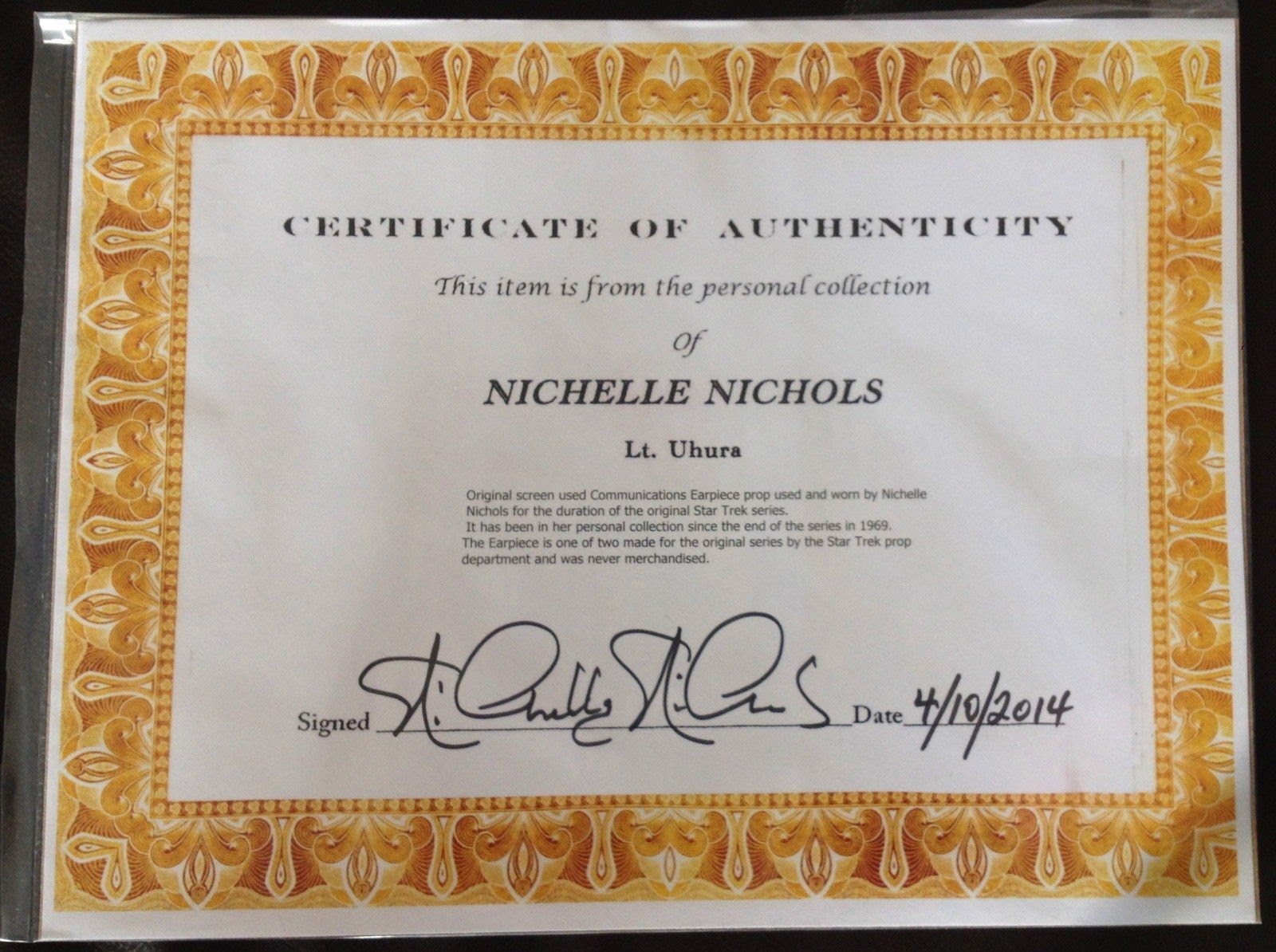