Klingons!!! Part 1: Gorkon and his General

NOTE: My wife broke her leg in October so I've been away for a while. But she's on the mend so I'm back. Thanks for reading.

Klingons are synonymous with Star Trek. They were Trek's original "interstellar badguys" and were first seen in the 1967 original series episode "Errand of Mercy". They didn't look much like the Klingons we've come to know, but their basic qualities were firmly established – they were a warlike race who advanced themselves by conquest, the antithesis to the peaceful Federation. The Klingons were greatly expanded upon and better defined in the movie era, and by Star Trek VI: The Undiscovered Country, we were given our first glimpse of Klingon society. Kirk, Spock and the crew of the Enterprise were thrown into an interstellar conspiracy that held the future of the Federation and Klingon Empire in its grasp. Star Trek VI was the last of the TOS movies and was a finale of sorts – a send-off of the original cast and a turning over of the reigns to The Next Generation. And it's one of my favorites.

Director Nick Meyers wanted to see a different side of the Klingons. Up to then, they were the one-note evil-doers and Meyers was determined to show them as more that just cardboard cutouts. To that end, his story featured the assassination of the Klingon head of state, Chancellor Gorkon and embroiled our Starfleet heroes in the turmoil of intrigue. For the first time, we saw the Klingons as a true race and society, not just a snarling antagonist needed to fill a plot line. Star Trek VI would cast the die for the portrayal of Klingons from then on.

At the center of the story was Chancellor Gorkon and his chief of staff, General Chang, as well as Gorkon's daughter, Azetbur, and several generals who rounded out the Klingon inner circle. 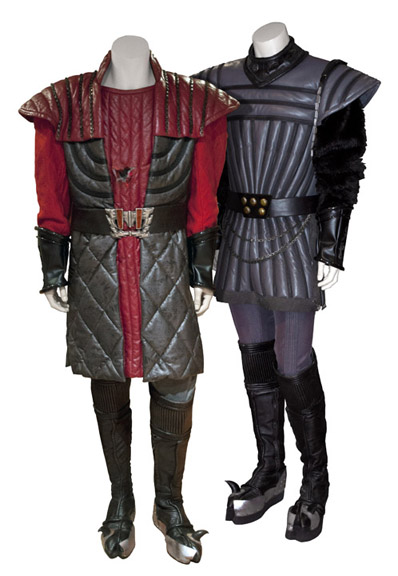 Gorkon, wonderfully played by actor David Warner, was presented as a peacemaker, a Klingon who was actually willing to make true peace with his long-time enemy, the Federation. I don't think that it's accidental that Gorkon has a passing resemblance to Abraham Lincoln. Warner played Gorkon with gravitas and dignity, becoming a true martyr for the cause of peace, not unlike the 16th President. Appropriately, his costume set a new style tone for Klingons. For Gorkon and Azetbur, gone were the all-gray warrior costumes that Klingons had been wearing since the first film. In their place were striking scarlet and gray ensembles – regal-looking garb befitting their high-placed station. Even the generals got a bit of an upgrade – still gray, but with all-new tailoring. Evidently, vinyl is highly prized on the Klingon homeworld, cuz these babies are full of it.

When a Gorkon costume came up for auction several years ago, I was determined to have it. Luckily, I was able to prevail, and my Gorkon is one of the highlights of my collection. I was recently able to add the costume of one of his aides – the one who who crudely stuffed his mouth at the state dinner. Both pieces are in excellent condition and feature internal costuming tags.

The Gorkon can be screen-matched to his death scene and features the "phaser hole" and small remnants of the pink Klingon "blood". 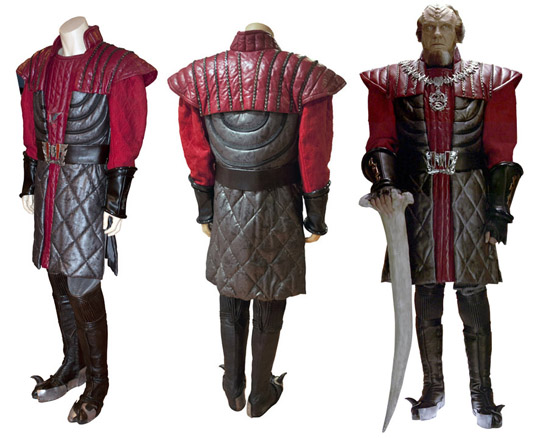 The Gorkon features a beautiful metal belt buckle, quilted details, the definitive horned Klingon boot, and chain-embedded shoulder piece. The costume is super-clean, displays beautifully and stands as a superlative example of the movie-era costume design. 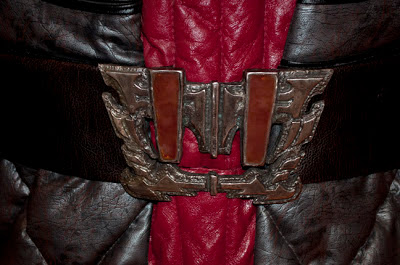 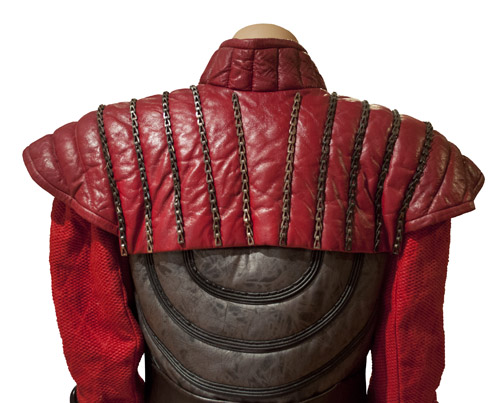 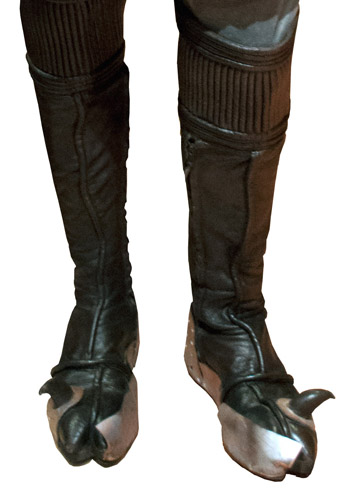 Gorkon's General features quilted details, detailed pants, shoulder and waist chains and Klingon boots. Many of these gray Klingon uniforms were extensively reused over the years in the later Trek incarnations – Next Generation, Deep Space Nine, Voyager and Enterprise – but this one escaped that fate for some reason. It is as clean as the last day of shooting for Star Trek VI and stands as an excellent example of movie Klingon. 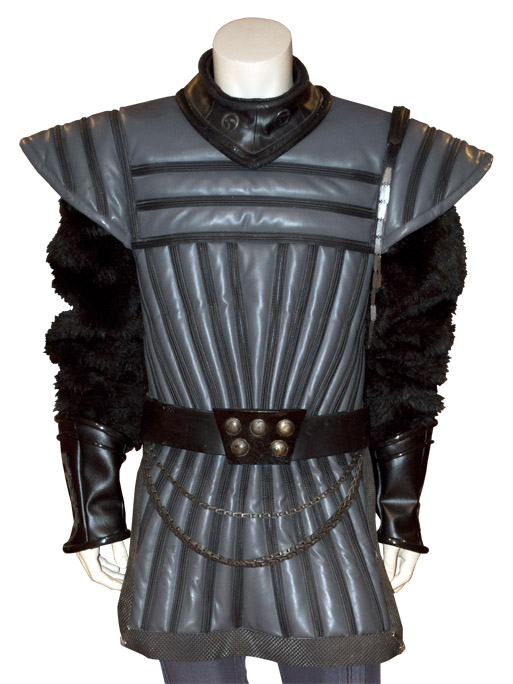 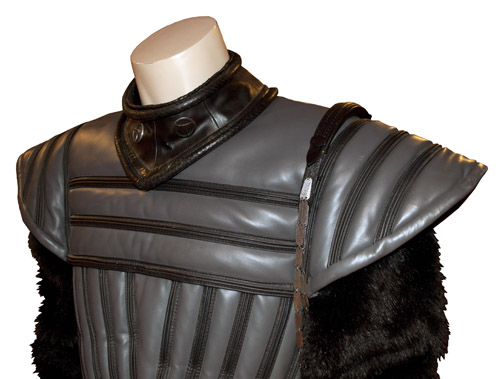 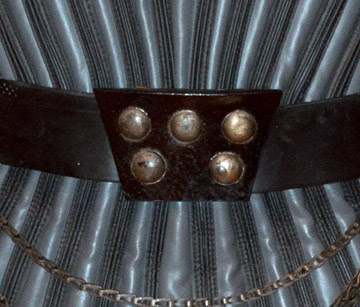 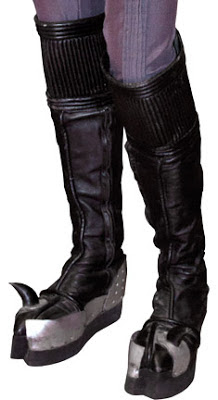 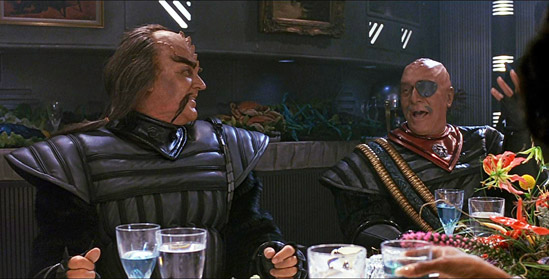 I'll be showing more Klingon pieces in the future. Thanks for reading. Qapla' !

Don Hillenbrand
Posted by Don at 5:24 PM No comments: