If you're a screen-used Star Trek collector, you are no doubt aware of the "Propworx" auction that concluded in February (not to be confused with another which is currently under way).

After that auction, a strange thing happened. I started hearing from lots of people – both friends and complete strangers – about how they weren't getting the items they won. First, there was a delay with getting invoiced. But after they (quickly!) paid that invoice they got... nothing. This went on for weeks (and I'm afraid my response to these complaints wasn't all that supportive). No one who contacted me received a notification of delay or indeed any indication that anything was wrong. Just silence – and no merchandise. 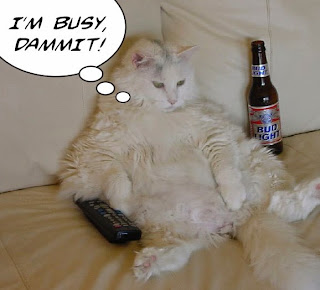 When it became obvious that there was a problem (more than a month after the auction ended), Alec Peters – the person who put on the auction under his "Propworx" name, despite its bankruptcy – issued the following statement to members of his online Board who had apparently had the temerity to ask about where their stuff was:

"We are a tiny auction house, and there are two of us... Plus, as we told you all, Jarrod was very ill for about a month right around the auction and was almost hospitalized. That being said, with only 100 lots, you don't go hire more employees. We simply do not make that much off of these auctions."

So, because his one and only employee was sick, he himself was unable – or unwilling – to pick up the slack. This is ironic, considering that at every opportunity in the past, Mr. Peters always stressed how customer service-oriented he was. He has repeatedly sung his own praises on this count. But this time around, at the first sign of adversity, out goes customer service like a fart in the wind.

So let's look at this realistically and see what could have been done. After all, as Peters' himself stated, there were "only 100 lots" that had to ship. If Peters had picked up the slack – as anyone in charge of a company should do – he could have shipped everything out in less than two weeks if he had packed only 10 lots a day. Given that there was not one single over-sized piece in the auction – no set pieces, panels or large models – 10 per day would have been child's play for a guy whose sole purpose is to deliver stuff into customers' hands. But let's make it even simpler. Shipping only FIVE PIECES PER DAY would have gotten everything out in about three weeks. But even that didn't happen. While some favored buyers got their wins almost immediately, many waited weeks – some up to eight weeks! – to get their merchandise. All because Mr. CEO Peters couldn't manage to do a little work on behalf of his customers.

Here's how easy it truly is (I do it every week for my clients):

Given the ease of prepping shipments online and the small size of most pieces that were sold, there's no excuse for everything to not have been delivered in a timely manner. It would have required work, naturally. But not a Herculean effort or anything close. Frankly, one person could have easily prepped the entire 100 lots in two weekends. But that would have required a motivated person. You know, someone who actually gave a damn about customer service rather than just lip service.

Perhaps it was this lack of awareness of what needed to be done that led to Propworx's bankruptcy a while back. After all, you don't go bankrupt being competent. You don't go down the tubes by being good at what you do. You go bankrupt when you're unable – or unwilling – to do whatever is necessary whenever such effort is required. What a concept.

When Peters was recently asked how the consignors were faring, he replied:

"Maybe like every consignor we have had, very happy with the job we do and the prices we get."

I guess the $100,000+ that he owed to MGM – one of his largest consignors ever – before the bankruptcy doesn't count.

One last thing. Had this shipping issue happened with another auction house – say Profiles in History, for example – I have no doubt that Mr. Peters would have stood on his soapbox and railed against such singular incompetence, against the arrogance in dealing with customers in such a shabby manner. But when it's him on the line, it's apparently no big deal.

So now there's another auction in the pipeline. Perhaps this one will go better. After all, even a chimp can learn from their mistakes.