All of us die-hard fans know the story about how in 1987 – almost 20 years after the Original Series ended –  Paramount brought Star Trek back to television with Star Trek: The Next Generation. It was a huge hit and everyone instantly loved it and Next Gen became the biggest standard-bearer of the Star Trek franchise and made it's stars household names.

Well, the last part is certainly true. But as for the "huge hit " and "everybody loved it" part, well, that's open for debate. As Trek and BSG writer Ronald D. Moore says, “The first and second seasons of The Next Generation are almost unwatchable." Personally, I'd dump the "almost". It's my opinion that they were TOTALLY unwatchable! Is there a worse hour of Star Trek than "Code of Honor"? At least I can laugh during "Spock's Brain".
And that is the very subject that director William Shatner takes on with his new documentary about Next Gen's first two seasons, "Panic on the Bridge", which debuted tonight on HBO Canada. This is, as they say, a "warts and all" look at Next Gen's beginnings. I don't know if there's any real surprises to the initiated, but the casual Next Gen watcher would definitely find some nuggets.

The hour-long documentary features Shatner talking with just about everyone who was involved with getting TNG off the ground. The official news release says:

"In WILLIAM SHATNER PRESENTS: CHAOS ON THE BRIDGE, William Shatner, the original Captain Kirk, takes an intimate look at the recreation of an iconic television series, through the eyes of the writers, producers, actors, and executives who were involved, many of whom have never before told their story on film. Directed by William Shatner, (who also conducts the interviews), what emerges is a tale of power struggles, ego clashes, and most importantly, the legacy of the man behind the legend: Gene Roddenberry."

Shatner himself describes the concept of the film, then known as ‘Wacky Doodle’ (say what??), to Larry King in the video below.

So at the center of the story will no doubt be Gene Roddenberry, The Great Bird himself and, of course, creator of Next Gen.

Greg David of TV, eh? got a sneak preview and had this to say;

It’s a kick to see Shatner strutting around Paramount Studios’ cavernous Stage 8 where the Enterprise bridge once sat, painting the picture of Roddenberry as a man in failing health who was clinging to hold onto his beloved creation. Roddenberry is depicted as an enigma, a man who was–depending on who you talked to–a visionary, stubborn, supportive, deceitful and decent. After years of failed television pilots and relegated to being a consultant on the various Trek feature films, he ended up in the captain’s chair of a new series. It wasn’t smooth sailing, as former Paramount executives recount Roddenberry’s lawyer and the Trek creator’s own health as major hurdles to jump on the way to getting cameras rolling on The Next Generation.

Those revelations, along with interviews with such cast members as Denise Crosby, Jonathan Frakes, Stewart and John de Lancie, paint an incredible picture. The cast weren’t sure they should even be doing an updated Trek series, much less whether or not it would be a hit with die-hard fans who were upset it didn’t focus on Kirk, McCoy and Spock. The briskly-paced one-hour doc covers every facet of the process that followed–from failed network pitches to a ludicrous suggestion that TNG be a miniseries–until the final product hit the air.

No word yet as to when US audiences will get to see the documentary. Sounds like something worth checking out.

WHO AM I TO AUTHENTICATE PROPS? I'M THE MORG, BABY, THAT'S WHO!

A Star Trek collector I know made these comments on a forum regarding the BATCH OF PROPS I recently authenticated for a sale:

"Don Hillenbrand has been authenticating this one. I like Don but I am wondering what puts him in the position to authenticate props for auction houses. Especially when his focus is TOS." 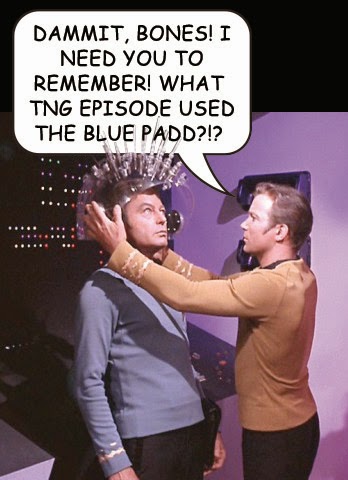 Or, to paraphrase my favorite  eymorg from Spock's Brain, "Prop and Prop, what is prop?!?" Or something like that.

Frankly, though, I think it's a very reasonable question. It's a question that I think everyone should ask every time props and costumes come up for sale. If everyone did, there would be a lot less misinformation, exaggeration or outright fraud when it comes to Star Trek props and costumes in the marketplace.

So, what are my credentials?

I collect the kinds of things the seller wanted to authenticate. I assume that's why they came to me, pure and simple. If they had Voyager or Enterprise props, they might not have contacted me. But if they had, I would have told them the truth – I know very little about those properties but I know those that do. I would then put them in contact with someone I trusted and maybe work with them or not. But I would do NO authentications.

I know a lot about what I know about. Most collectors are satisfied to buy a given piece and put it into their collection. That's all well and good, but I'm far more curious about my collection. I want to know everything I can learn about every piece I ever own. I try to find out how they were made, who made them, how many were made and when. I want to know how my piece got off the lot and into my hands decades after its use. I've talked to many of the original prop makers and production people to better understand how things worked. I do the best I can to understand the materials, the details and the tells that make a particular piece unique. In short, I educate myself as thoroughly as I can so that I know the true history and nature of a given piece.

Peer review: I talk to other collectors and prop experts to get their take on things. If I own a particular prop and a version comes to market, I can speak very knowledgeably about that piece. But if it's a piece that is similar to something I have but not exactly the same, I start talking to people. Again, it's all about educating one's self and my peers have been a great help in that respect. Getting feedback and asking the opinions of others is a key aspect to authenticating, in my opinion. I've bought numerous pieces directly from Prop Masters and production people who worked on Trek over the last three decades and they all have interesting things to say.

I use the scientific method 100% of the time. I ask the basic question: is it real? I then look for things that support the idea that it is real as well as things that may disprove that assumption. You have to be intellectually honest. To use only the things that confirm the hypothesis while disregarding anything that doesn't is the height of dishonesty to the goal of truth.

My overall process regarding researching a given piece can best be shown in my story about my TOS Klingon Disruptor. It demonstrates how I go about examining a piece's physical attributes as well as its history. You'll notice that it involves all the key aspects I've mentioned in this story. But I'll warn you now – it's looong! 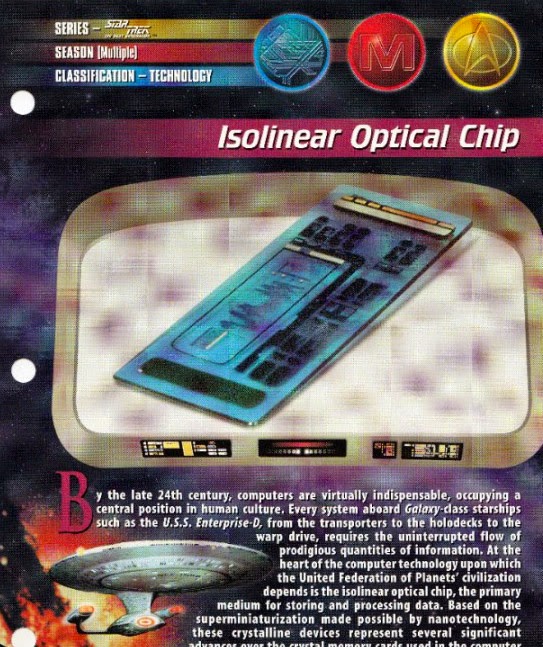 One last thing. I want to address the very legitimate concern that the original commenter made about the one single  TNG piece that was part of the sale in question. He quite rightly points out that, whatever I might know, TNG props are not part of my knowledge base. But my process doesn't need me to be an expert in anything to get to the bottom of it, because I know who to talk to about different kinds of props. Also, a simple yet distinctive PADD is as easy as it gets – especially if you get lucky. What are the odds that a piece (or an identical version of a piece) ends up being used on a publication as big as life? That's what happened with the blue PADD (though it was misidentified). One was used on those Newfield Data sheets that were out in the 90's and someone I knew remembered it. It obviously used materials that were totally consistent with other Trek props of the era. And I also knew that all the pieces in question (including the TNG PADD) originally came from the same source – a former prop master who was the original source of my photo-matched ST3-style Klingon Disruptor, which always gives credence to authenticity.

I have a few cardinal rules.

1. I assume nothing! Lot's of truisms aren't true all.

2. I don't make claims regarding things about which I know little or nothing. Some people in our little community like to pretend they know more than they do. But simply labeling one's self an "authority" does not make it so. Anyone who claims that they are an authority on all things Star Trek is full of crap. There's too much for ANYONE to be great at everything.

3. I seek out people who are smarter than me and who will tell me the truth, no matter what. I'm not looking for a rubber stamp. I want an honest opinion.

So when all is said and done, it's not just about what I know but also what am I willing to do to know more. You either have faith in my process or you don't. That's a call everyone has to make for themselves.