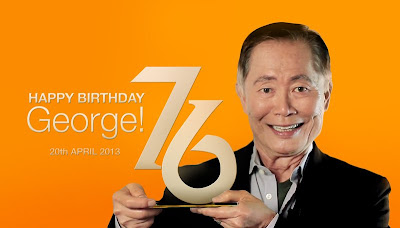 Though I was not a big fan of the 2009 Star Trek reboot film, I am nonetheless a life-long Trek fan so I'm always hopeful that "the next big thing" in Star Trek will be better. The next Trek film, "Star Trek Into Darkness" will be released on May 17th, and though I am expecting the worst, I'm also hoping for the best.

With that in mind, I've been anxiously awaiting the release of the "official" one-sheet poster. A while back, an interesting teaser poster was released to whet our appetites, but that was just that – a teaser. Low and behold, Paramount finally released the "official" version on Friday: 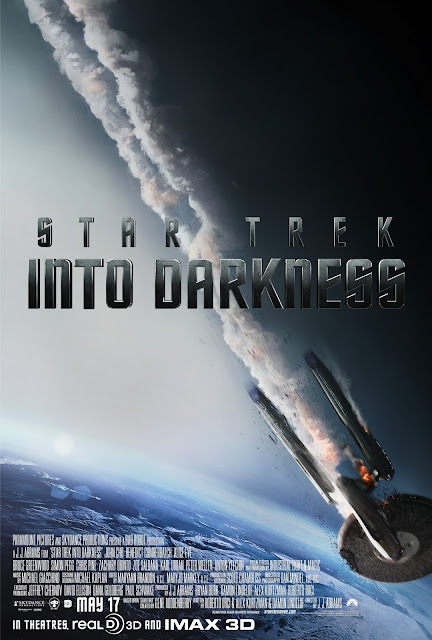 Apparently this is a damaged Enterprise falling toward Earth.

I LOVE movie posters – or rather, I love GOOD movie posters. I particularly like Star Trek posters for the most part. Not all are gold, of course, but Bob Peak's series for the first 5 films are excellent, in my opinion. Each was a snapshot of the film, brimming with action or spectacle and always, ALWAYS showing our heroes fighting to persevere (or, as in the case with "The Motion Picture" poster, pondering V'Ger?!? Oh well.)

Even the last fim's poster, though not really great, IMO, had decent visuals, again capturing the essence of action.

But with "Into Darkness" we get something different. I have no problem with different. But I find it rather boring in this case. And definitely evokative of Star Trek III's destruction of the Enterprise at the Genesis Planet.

The film's trailers have included shots of this event happening, so it's definitely not a surprise. And in an unexpected bit of kismet, it shows what I think was one of the key weaknesses of the first film and what I fear might be the weakness in the new film, namely "special effects over story", or "whiz-bang over characters".

I make no emotional connection with the poster's message, which is apparently "the Enterprise is in deep shit". No Kirk or Spock. No bad guy. No people at all.

While I don't think the UK poster is anything to write home about, but at least it has a human element to it: 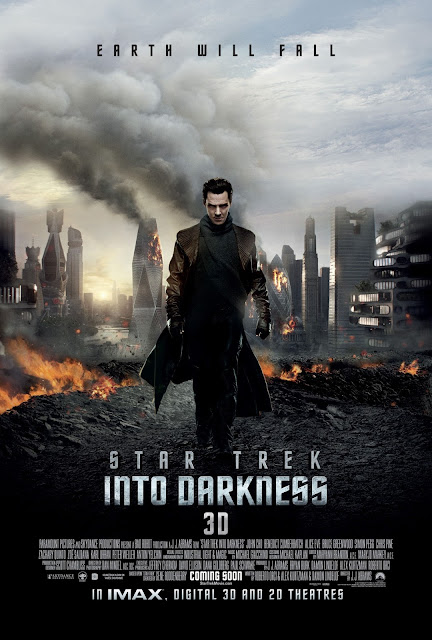 "Earth Will Fall" raises the stakes over "The Enterprise Will Fall", the unstated yet obvious message of the US poster. Plus, our brooding villain striding out of a ruined city is at least something we've never seen in Trek before.

So I don't like the poster. But posters are made by marketing departments, not filmmakers, so I'm still hoping that the movie is something cool. I'm also hoping that it makes more sense that the last one. Hoping. But knowing all the time that it probably won't.

End of an Era: Drex Files Blog is gone

I recently discovered something sad – Doug Drexler's excellent "Drex Files" blog is no more. As Trek fans know, Doug worked on Star Trek productions beginning with TNG and going through to Enterprise. Arguably, his most famous contribution to Star Trek was his design of the NX-01 Enterprise. He later worked on the incredible Battlestar Galactica and is currently working on Defiance for SyFy.

Doug was a rare bird in Star Trek production – he was actually a die-hard fan before he ever started working on NextGen. That's a VERY unusual thing, especially back then. Doug's fervent fandom-fired passion was evident in his work. From doing make-up on TNG (he won an oscar for being part of the Dick Tracy make-up team) right up through to his CGI work on Enterprise, Doug's work was excellent. As a designer myself, I have a special appreciation for what he brought to the mix.

When he began "Drex Files" several years ago, I was ecstatic. Doug used his Blog to tell the world about his behind-the-scenes experiences in the world of Star Trek and I, for one, couldn't get enough. We got great stories ranging from doing make-up touch-ups on Jonathan Frakes and working with legendary Trek contributors like Herman Zimmerman and Andy Probert to rummaging through the Star Trek costume warehouse and finding all sorts of amazing pieces going back to the Original Series. In short, his blog brought a unique wealth of fascinating insider information to his readers. And we dug it!

Over the years, Doug met just about everyone who ever worked on Star Trek, going back to the Original Series. He told us emotional stories about being friends with the great Bob Justman and working with Michael Westmore and Patrick Stewart. He became friends with TOS actors Michael Forest and Barbara Luna. It was like a pipeline to the past. And importantly, while telling us about these Trek greats, he never EVER came across as boastful or egotistic. He was honored to know these people and was pleased to tell readers a bit about the experience.

New Drex Files entries were becoming more and more rare as Doug's career no doubt took more and more of his time. Because of that, I was not surprised that he gave it up all together. (NOTE: see addendum, below). But Trek fans are poorer for it. Luckily, Doug is still doing intermittent Drex Files posts at StarTrek.com, but not with the frequency of his old blog postings. Plus, all of his wonderful old posts are apparently gone as the old URL is no longer working at all.

A couple of years ago I had the pleasure to work with Doug in a small way. He was the art director for the "Star Trek Ships of the Line" calendar series and was kind enough to engage me for the 2011 version (I'm November!). It was a lot of fun and Doug let me go with whatever I wanted to do. That kind of creative freedom is rare in my business, and was much appreciated.

So Doug, whatever the future holds, I wish you well and thank you for all the great stories you shared with us over the years.

To you I definitely say Live Long and Prosper!

ADDENDUM: Doug has told me that his reason for ceasing Drex Files is due some of his VFX colleagues taking exception to his "Drex Files" watermark that Doug put on each image he posted in his blog. Apparently they felt Doug was taking unfair credit for other's work. Let me just say that as an avid reader I could NOT disagree more. Doug always went out of his way to give credit where credit was due. Rather than taking credit for other's work, I felt he CELEBRATED the great work of his fellow creatives in an open and honest way by showing it off for all the world to see. If ever a credit was missed, I'm sure Doug would have fixed it instantly had it been brought to his attention.

He doesn't NEED to steal other's thunder. He has enough of his own. At least, that's the way I see it.

He's considering how to address the concerns of his colleagues and possibly resume the Blog. I and many others sure hope that happens! 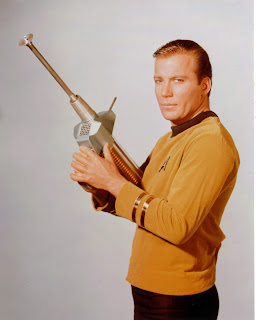 "I, Mudd" necklace on Ebay: the real deal?

There's an interesting piece on Ebay right now – a necklace that is said to be one of the original pieces worn by the androids featured in the TOS episode "I, Mudd". You can see it here: 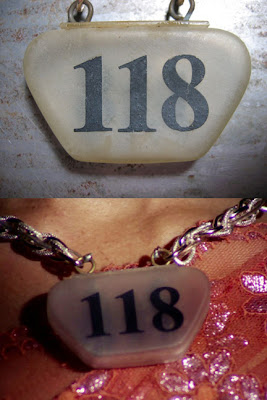 Since the vast majority of TOS props that are brought to market are fakes, it's only natural to ask whether or not this one is real. I've done some research on these in the past and I can tell you that this is the real thing, in my opinion.

Two types were made for the episode – static and ones that lit up. This is a static, non-lit version and has all the right details including font style and size, shape, necklace detail, miscellaneous details and age. Can this piece be faked? Of course. ANYTHING can be faked. But in this situation I see no indications that that's the case, and every indication that it's real.

I'm not a buyer, but If I was, I'd go for it with no hesitation. The best thing about the auction is that the seller has given a rather questionable story which means lots of buyers will steer clear. Don't let bad story-telling get in the way.