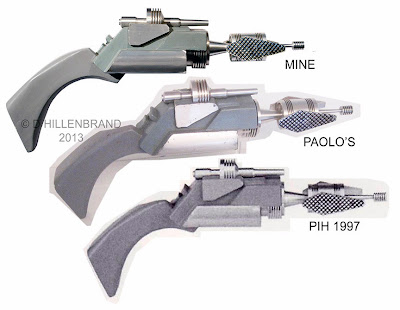 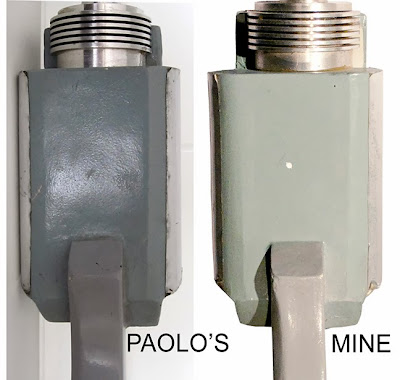 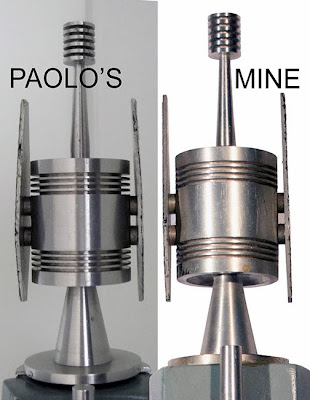 The new Screenused Auction Catalog is out and it features some very nice Star Trek pieces, including great stuff from friend of the Blog Doug Shannon. Doug's pieces include:

All of Doug's entries start at very reasonable prices so check them out – you just might get a great piece at a real bargain!

Doug also has a number of excellent pieces on Ebay right now including a beautiful full-color Klingon panel from "Star Trek: Generations". Find all the listings HERE.

Best of luck to Doug!

Kent Karemaker isn't your average Star Trek: The Next Generation fan. After all, average fans don't own more than 60 different screen-used costumes used in various Next Gen episodes, including pieces worn by stars Patrick Stewart, Jonathan Frakes, Brett Spiner and others. And they don't share their passion by building an on-line presence to present their collection to the world.

And that's exactly what Kent recently did when he brought his new collection site on-line at startrektngcostumes.com. Along with his site, Kent shared some of his insights in collecting with me.

WOD: So Kent, what's the draw of NextGen for you?

KK: I grew up in a small town on Vancouver Island, on the West Coast of British Columbia where even finding a Star Trek comic or magazine was rare. I watched TNG for years growing up and even role played my own ship and crew with my friends every day at lunch hour in elementary school.

One day I went to Vancouver and found some TNG magazines in a used bookstore. They featured mail away advertisements for autographed photos of the TNG crew that came mounted on plaques. To me, this was the coolest thing and something I dreamed of owning even if they were well outside my 11-year-old budget.

Since TNG has always been special to me, having the chance to actually own the very costumes  from my childhood memories was a dream come true. Instead of dreaming about those autographed photos of my heroes, I now own pieces worn by them.


WOD: What are the types of things you'd like to add to your collection?

KK: I really want a few more guest star costumes, and I'm not picky on which of them it would be. I love one-episode character costumes as they are easy to pinpoint to a specific memory and brings me back to when that episode premiered and where I would have been in my young life at the time. Of course, I also love crew costumes and would love to add a Picard duty uniform to the collection or a crew member Starfleet uniform I may not have already. I've been fortunate to have managed to acquire many of the obscure pieces I searched for. I thank my news reporter background for being able to research and sniff them out!

WOD: What would be your ultimate holy grail for your collection?

KK: Hmm, tough question – this has changed over the years since I have already managed to add a few of my grails to the collection.

That said, I would love to have the Picard Borg costume as Locutus. Sadly, I don't think it exists in complete form anywhere and even if it did it may suffer the same breakdown of foam latex and materials as all Borg costumes from that era seem to.

If I were to have a second choice, it would be a two costume set. My fondest memories are of the 3rd season episode The Survivors and would be the costumes of husband and wife Kevin and Rishon Uxbridge. I know her costume is out there somewhere (I don't know where) but sadly his is MIA.

WOD: I think you're right about poor Locutus. I'm afraid his pieces have been scattered to the wind. But good luck finding him and thanks for sharing your collection with the world through your great site.

Email ThisBlogThis!Share to TwitterShare to FacebookShare to Pinterest
Labels: collection, Kent, Next Generation 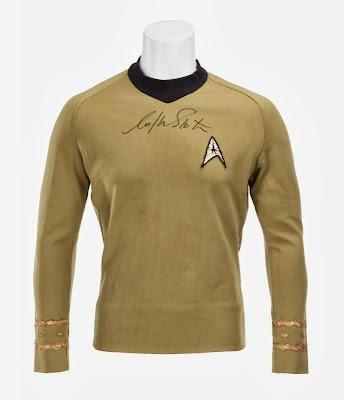 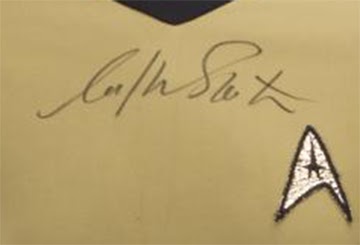