All Star Trek fans were saddened by the loss of Leonard Nimoy in February. For and old-time fan of The Original Series like me – and of Leonard Nimoy's Spock in particular – the loss is a palpable thing.

But now there's a new book coming out about Mr. Nimoy and the source might be a bit surprising. The title says it all: "Leonard: My Fifty Year Friendship with a Remarkable Man by William Shatner". Here's what the publisher has to say: 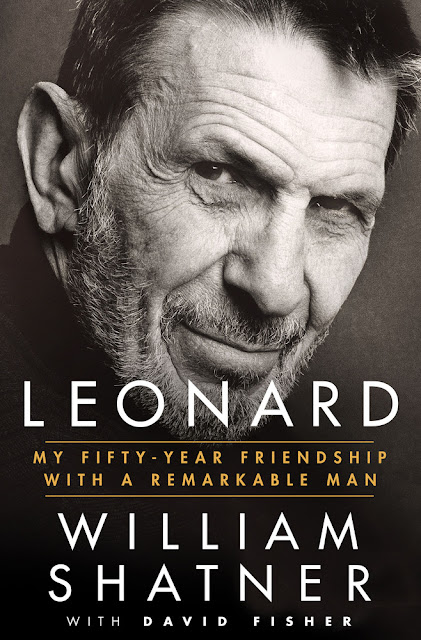 "In this powerfully emotional book, Shatner tells the story of a man who was his friend for five decades, recounting anecdotes and untold stories of their lives on and off set, as well as gathering stories from others who knew Nimoy well, to present a full picture of a rich life.

Leonard Nimoy and William Shatner first crossed paths as actors on the set of The Man from U.N.C.L.E. Little did they know that their next roles, in a new science-fiction television series, would shape their lives in ways no one could have anticipated."

This can only be an interesting read about two of the keystone players in Star Trek lore – from one to the other. You can pre-order at Amazon or Barnes and Noble. I look forward to what should be an enlightening read.