THE WRATH OF DHAN SALE: MAKING SOME ROOM

I recently made a purchase for my collection that will require me to do two things:

B. Replace the room that used to be taken up by my money before this purchase

To that end, I'll be offering up some significant (and some not so significant) pieces from my collection over the next couple of weeks. I'm trying to keep costs down (for both buyer and seller) by keeping off of Ebay as much as possible. You can contact me at neoworx2001@gmail.com if you have any questions about anything (or want to tell me how bad Into Darkness was – I'm all ears!). I'm open to reasonable offers but keep in mind that it's first come/first served.

We'll start with a Shatner-worn piece from Star Trek IV: 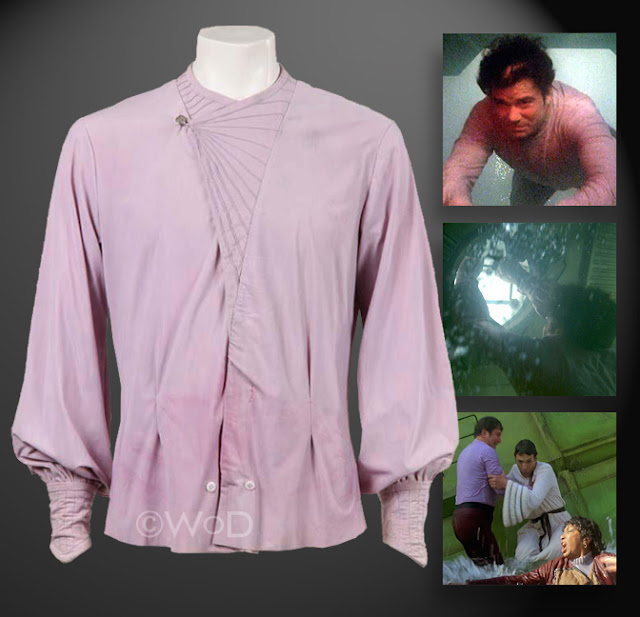 At the climax of the story, all could be lost if the whales are trapped in the Klingon Bird of Prey. Cue Captain Kirk to the rescue. He dives into the flooded hold and releases the emergency latch for the cargo hold, freeing the whales. Shirt shows definite water exposure and use. And, most importantly, the shirt includes a sewn-in Western Costume tag with the name of Shatner himself:

They aren't making any more Shatner Kirk costumes these days so this is your opportunity to own a genuine rarity – a Captain Kirk piece worn by Shatner himself. From IAW: #3333.

Up next, a genuine prop rarity: 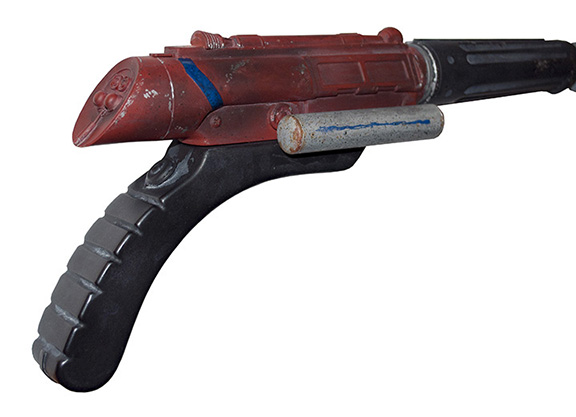 A real workhorse of a weapon, the Klingon Death Sting made it's first appearance in Star Trek: The Motion Picture and then continued to make appearances in the various movies and shows for the next twenty years. This is an original style piece made up of toy gun components. Later versions were made from castings of these originals and were solid resin. This is sporting the paint scheme adopted in Star Trek III: The Search for Spock and used thereafter. This might be a repaint of the Motion Picture version, given the nature of its construction and the evidence of silver=gray paint beneth the existing paint. For more about this piece, go HERE.

This was purchased directly from Star Trek Prop guy Ed Miarecki and includes a COA from him.

There will be more to come so check back regularly. Thanks for stopping by.