Continuing our coverage of the upcoming Propstore auction, here's the next incredible piece: an Original Series Uhura dress! I'll let it speak for itself: 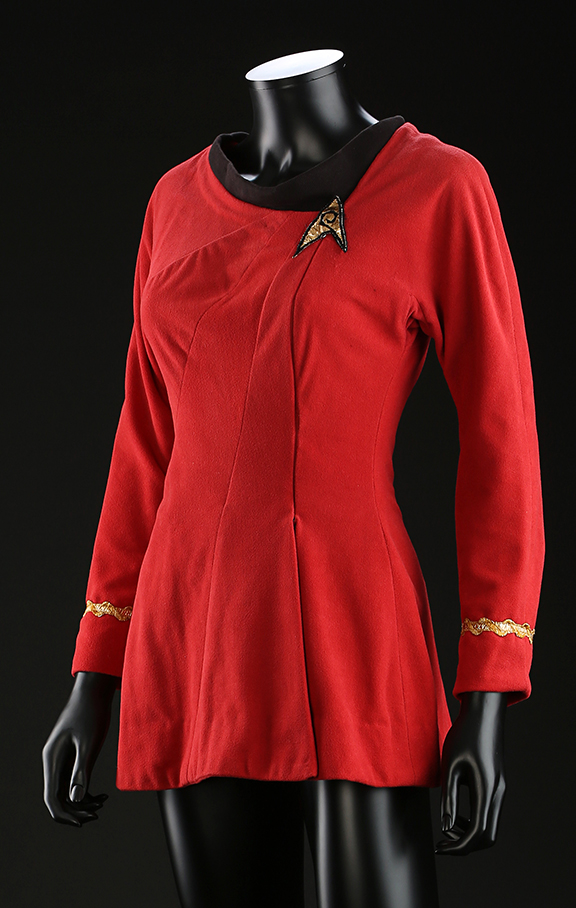 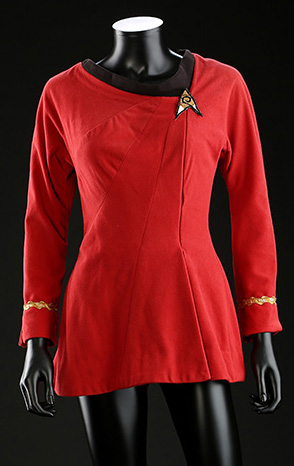 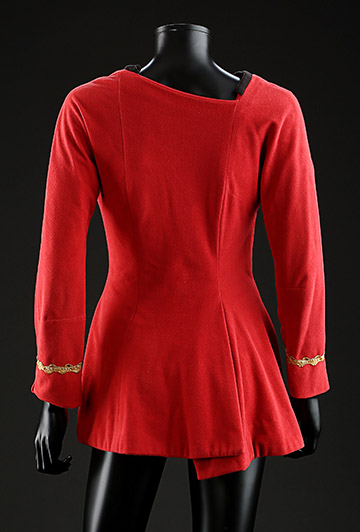 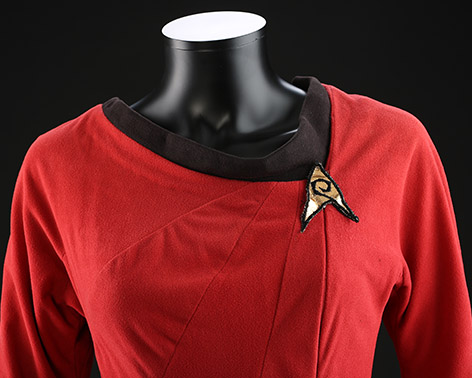 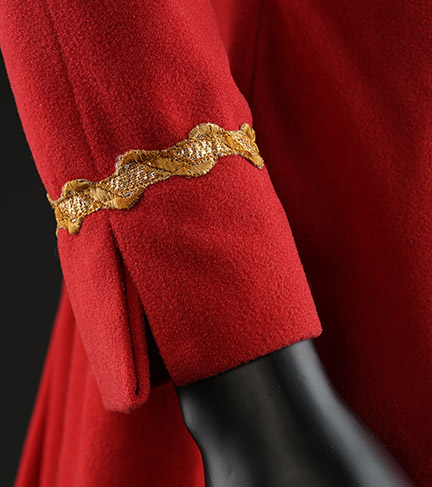 "Uhura's (Nichelle Nichols) Starfleet dress from sci-fi television series Star Trek. This dress was
worn exclusively by Uhura in The Original Series’ second season and is believed to screen match to episodes “Return to Tomorrow,” “The Gamesters of Triskelion,” “The Ultimate Computer” and “The Omega Glory,” based on the placement and stitching of the Engineering Division patch and rank braids.

The dress is made of red velour with a black ribbed fabric collar and features original faux-gold rank braids on both sleeves, indicating the rank of Lieutenant, with a Starfleet engineering patch made of reflective faux-gold material with black embroidery affixed to the left breast along the collar line.

Made using the distinctive diagonal stitching first seen on red dresses in the second season and uniquely tailored for Nichols in the role of Uhura, the dress has a concealed zipper running along the left hand side and a set of small snaps on the collar, with the Starfleet patch partially secured with Velcro to allow easy access during wear.

Acquired directly from Paramount in the early 1990s, the dress displays some light signs of wear and aging from use and years spent in storage. However, the piece remains in excellent condition.

Like the Spock tunic, this came straight from Paramount. According to Propstore COO Brandon Alinger, "we obtained this from a source who had a high-level business relationship with Paramount and obtained the costume as part of a deal with the studio." Man, that's a source I'd love to meet.

The dress appears to be in astoundingly good condition. Some pilling seems to be happening but given the type of fabric these were made from (the polyester didn't come until Season 3) and the piece's age, it's very little.

So Propstore is offering not just one amazing TOS piece, but two: Spock and Uhura, together again. Don't miss your chance. And stay tuned for more!