There's an amazing website out there that does what no other resource has ever achieved. It's called HeroComm and it has made a science out of researching the various communicator props that were used back in the original Star Trek TV show (TOS) of the sixties. 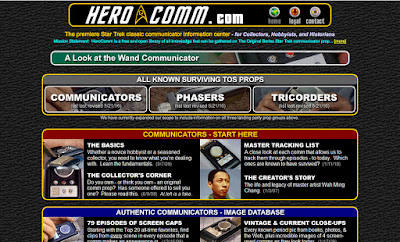 The folks who worked on this project used the scientific method which meant that every theory had to be proven through thorough research and testing of ideas. The ultimate resource for them was the original episodes themselves. While the Communicators were in most episodes, they were usually hidden from view in an actors hand or the camera was just too far away for us to see any real detail. But every once in a while, magic would happen, and we got a fast glimpse of a Communicator close up and suddenly a unique mix of details could be seen. By poring over every moment of every episode in which a Communicator was shown, insights that had been previously hidden were brought to light. A total of ten props were identified – two "hero" versions with internal moving parts and eight "dummy" props that only had an openable lid.

All of this amazing research has been a boon to fans of TOS props. Many, many fake Communicators have been offered for sale over the years and until HeroComm came along, many of those fakes were accepted as being the real thing. But with this information available to all, anyone can read the research and decide for themselves if that piece that was supposedly bought from George Takei in 1978 is actually real. Hint: it isn't!

I have personally availed myself of this information many times over the years and have found it invaluable. There's one problem, though. As amazing as HeroComm is, it only focuses on (naturally!) Communicators. But in TOS circles, the Comm is only one of The Big Three Props, the other two being the Phaser and the Tricorder. What I longed for was a resource that was equal to HeroComm but with the emphasis on those other two great props.

As luck would have it, I've been a long time member of a Star Trek prop forum called the Trek Prop Zone (TPZ). The TPZ's membership includes what is simply the most informed group in the world when it comes to TOS props. These people make astounding copies of every type of prop ever seen in Star Trek over the past 50 years! They are painstakingly thorough in their research and execution and as such, the TPZ is the natural place to find the information I sought. 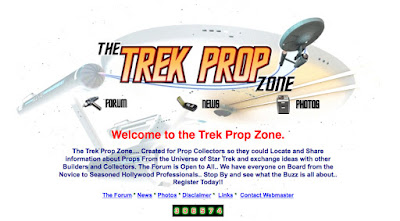 Since the TPZ's inception more than ten years ago, a crapload of research had been done on Phasers and Tricorders. The problem was, it was all over the place, in dozens (hundreds?) of individual threads and was so dispersed that it was virtually impossible for one person like me to cull the needed info from the past. So I approached TPZ owner Kevin Hanson with my idea of using all the TPZ's resources – both the members themselves and their great content – to create what we now call HeroTricorder and HeroPhaser. He was on-board enthusiastically and we commenced the project.

I'm kind of a nut for research and it was my job to spearhead things but I was in no way "in charge". I simply put things in motion and the members took it from there! Over the next couple of years, dozens of members would add to the slush-pile of information on every aspect of both types of props. We would painstakingly sort through every theory, claim, cliche and wild guess to figure out what was true and what was conjecture. We challenged every past preconception and had one mantra: a theory had to be proven to be accepted.

As you might guess, that lead to several passionate conversations ("the removable data disk" theory comes to mind!) but everyone was very civil and open-minded and we were all trying to do the same thing: figure stuff out. It was a lot of fun (Hey, we're prop nerds! Get over it!) and we uncovered an amazing amount of data that surprised each and every one of us in some way. We followed the information to wherever it lead, and it was never in a straight line.

Over the upcoming months, I'll be sharing all of our Hero research on this blog. You might have noticed that the HeroComm site has information regarding Tricorders and Phasers, but that's only the tip of the iceberg. I'll be sharing our methodology and research with in-depth stories that will explain exactly how we know what we know.

First up will be Tricorders (all four kinds!) followed by Phasers (too many kinds!) so stay tuned. 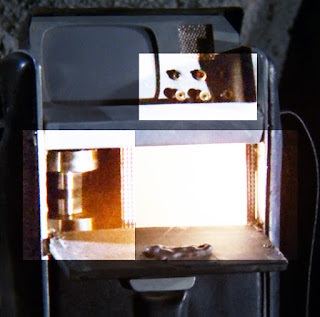