A QUICK GLIMPSE OF STAR TREK DISCOVERY'S NEW KLINGONS TELLS US THESE DEFINITELY AREN'T YOUR FATHER'S KLINGONS (OR ANYONE ESLE'S!)

Direct from the set of Star Trek Discovery comes a leaked photo showing us a bunch of aliens that don't look much like Klingons. And yet, that's how they are labeled. Take a look. 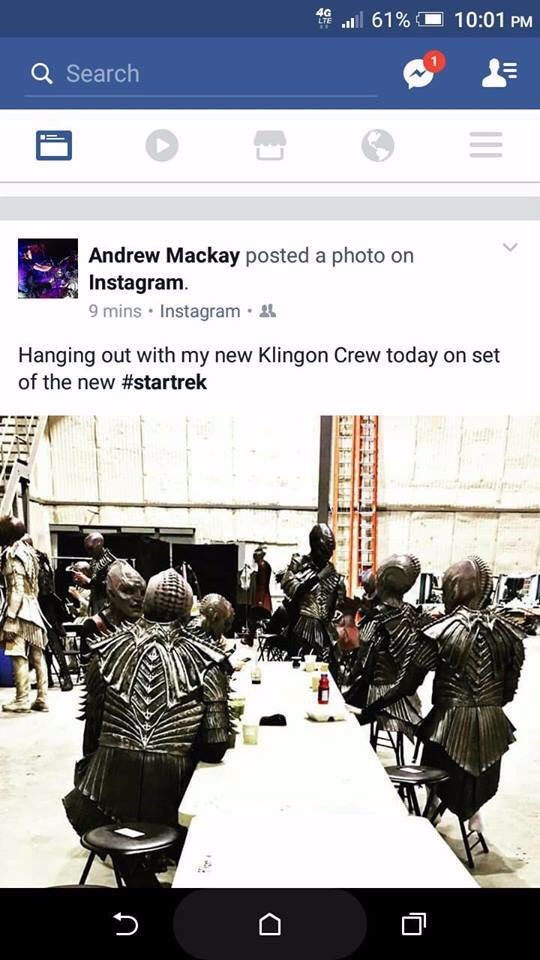 These are very, VERY different than any Klingon we've seen before. They are much more reptilian in appearance with more severe features than what we've come to know over the last 37 years. At a glance, they bear some resemblance to the Klingons as shown in 1979's Star Trek: The Motion Picture. That look was modified a bit for Star Trek III: The Search For Spock, and that modified look has been in place through the run of Star Trek Enterprise. The JJ Abrams films show an alternate  version, but those movies are stand-alone things and are not part of the universe in which Star Trek Discovery is set.


Confused? Me too. Because if these are truly the new show's Klingons, we have not a prequel, but a reboot.

This actually dovetails nicely into the images we've seen in the recent teaser trailer which show things that are far more advanced looking than anything seen in The Original Series (TOS), despite being set 10 years prior to that series.

This totally makes sense, in this writer's opinion, as the technology shown in TOS would be laughably primitive looking to a modern audience. At some point you have to throw out the stuff that is just too damn old.

What's next? We'll have to see.